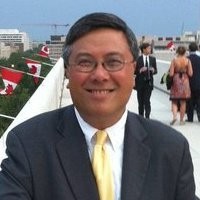 Since 2009, Nelson Garcia has served as the founder and current President of the Washington Intergovernmental Professional Group, LLC, an organization which maintains a contact list of over 8,000 senior professionals from the private sector, diplomatic community, as well as staff members from the US House, Senate and Federal Agencies in the Washington, DC metropolitan area.

Nelson Garcia served as Director, Federal and State Policy for the Motor and Equipment Manufacturers Association (MEMA), specializing in transportation, tax incentives, trade, technology and small business concerns.  Nelson also served on the Executive Board of the California State Society in Washington, DC.

Nelson has also served as the Director of Governmental Relations for the Intelligent Transportation Society of America (2003-2008); Director of Congressional Relations for the Alliance of American Insurers (2000-2003); Legislative Director to Rep. Gary Miller of California (1999-2000); four-term President of the Congressional Legislative Staff Association (1995-1999); Legislative Assistant to Rep. Ken Calvert of California (1993-1998); Consultant to the Orange County and Riverside County Republican Parties (1990-1992); and Staff Assistant to Rep. Jerry Lewis of California (1989-1990).

Nelson graduated with a Bachelor of Arts Degree in Political Science (International Relations) from the University of California, Riverside.

He has been featured in Forbes.com, Roll Call, Federal Times, and National Journal.

or email us at:

US DEPARTMENT OF HOMELAND SECURITY

EMBASSY OF THE REPUBLIC OF MALAWI

EXPORT-IMPORT BANK OF THE UNITED STATES

US DEPARTMENT OF ENERGY

EMBASSY OF THE REPUBLIC OF MAURITIUS