WHY WE ARE IMPORTANT TO YOUR CAREER

A November 2011 article in The Economist ("Contact Sports") stated that "in the rarefied world of the corporate board, a good network matters."  The article went on to mention that executives with 400 contacts are, on average, paid 6 percent more than those with 200.  For non-executives, the gap is 14 percent.

The Washington Intergovernmental Professional Group, LLC (WIPG) is the premier organization that introduces mid- to high-level professionals in the DC Metropolitan area to newly appointed Ambassadors from around the world, as well as newly elected Members of Congress.  We hold monthly networking events as a means of providing professionals extended exposure and access to key policy makers in the city.

WHY THERE IS A NEED FOR OUR SERVICES

As the demand for strategic partnerships and stronger networks with private and public sector groups continues to grow, it is clear that a need exists for DC-based professionals to expand their contacts among other key policy makers, business executives, political and community leaders.

In the current economic times, DC-based professionals will need to depend on such contacts to obtain valuable information in the most cost-effective manner to ensure the best decisions are made when carrying out their business plans and policy goals.

With the election of new members in the US House of Representatives and the US Senate, the demand to interact with the Freshman Class of this Congress becomes even more apparent. WIPG can help you develop and organize Congressional Meet and Greets, staff briefings, and fly-in activities specifically designed for your needs that would allow for the continued growth of your contacts in Congress at very little cost.

WHY WE CAN BE A USEFUL RESOURCE FOR YOUR NEXT JOB

Networking is the best way to find your next job, especially since the vast majority of job openings are never advertised.  They are usually filled via word of mouth.  Unfortunately, many job seekers are hesitant to take advantage of networking opportunities because they feel it is a waste of time, nor do they recognize the value of making key necessary contacts.  But networking is not a useless excercise—it’s about building relationships. As you look for a new job, these relationships can provide much-needed feedback, advice, and support.

Networking may sound difficult, or even intimidating—especially when it comes to
finding a job or asking for help—but it doesn’t have to be. Networking can be
rewarding, and even fun.  It can be a useful tool even if you are new to the DC area and do not know that many people. ﻿

Virtual Webinar on Travel and Tourism (SAVE THE DATE ONLY)

Virtual Meet and Greet (SAVE THE DATE ONLY)
His Excellency Jacques Pitteloud
The Ambassador of the Swiss Confederation
Monday, June 28
Time:  11:00 a.m. to 12:00 p.m. 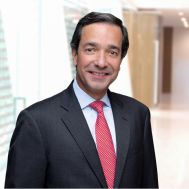 A prominent African Activist and business leader; Okere is founder & President of both Maryland Nigeria Chamber of Commerce and United People for African Congress (UPAC), the non-segmented umbrella organization that advocates for the rights of African nationals, empowers and uplifts them, and increases public acknowledgment and respect. Okere was the first chairman of Maryland Nigeria Sister State (which comprises of Ondo and Cross River state), and also served as a Board of Director for the Maryland Sister State Program, Inc.

Okere founded Watchman Protective Services, Inc., a multi-faceted private security, private investigation, and private detective agency he proudly owned and operated from 2004 to 2013 in the Washington DC/Maryland region. Okere is a Senior Partner with Strategic Groups USA LLC and Strategic Overseas Limited, an international consulting firm he created to advise and facilitate trade between the United States and African nations.

Okere is a visiting scholar with George Mason University, the largest public research institution in the Commonwealth of Virginia, interested in researching the African Diaspora’s involvement in the American political system and the interface between African immigrant entrepreneurs and American politics – to highlight their ever-increasing contributions across the nation.

Sylvester Okere (a former DNC_African Diaspora Liaison) was fittingly appointed as the first immigrant to fill Africa’s seat on the National Democratic Party (as DNC’s African Diaspora-Liaison/DNC Black Caucus) to represent the African Diaspora voice. Sylvester Okere tirelessly facilitated and mobilized the African Diaspora across the country for the DNC database, and for their integration in the participatory politics at the National Democratic Party. Okere spearheaded the White House African Diaspora Policy Briefing during the 2016 African history month. Okere championed African diaspora for Hilary 2016. Okere spearheaded Continental Africans for Obama (Operation Vote in 2012) to galvanize Africa’s vote in reelecting President Obama. Okere served as Obama’s delegate, Obama’s Victory Trustee (OVT), National Leadership Council (NLC), DNC National Finance Committee (NFC), and Obama University Alumni (OU). Okere is the first African immigrant to speak on a National platform on the 50th anniversary of Rev. Dr. Martin Luther King, Jr. at the Lincoln Memorial, sharing the same platform with many U.S. Congressmen such as Hon. John Lewis, US Senator Corey Booker, US Attorney General Eric Holder, and numerous eminent US politicians, Civil Rights, and Human Rights Activists. Sylvester Okere’s appointment as the DNC’s/NDECC Africa Representative was tasked with mobilizing African Diaspora across the United States. In Maryland, Okere became the first African immigrant in the state history to be elected as a delegate to the DNC convention, first African immigrant on the Executive Board of Maryland Democratic Party, also, first African immigrant to serve on the Affirmative Action Committee.

Sylvester Okere as the national chairman of USA Movement for Buhari-Osinbajo, along with his Vice Chairman and able team leaders successfully mobilized Nigerians in the United States to support the election of President Muhammadu Buhari which USM4BO overwhelmingly provoked the Obama Administration to pay much closer attention to the 2014 Nigerian election.

Sylvester Okere spearheaded the AGOA International Trade and Commerce Fact Finding Workshop held at Hilton Manhattan New York in February 2013. The initiative brought some leaders from Africa to participate, along with US lawmakers, the UN, Civil Societies, NGOs, and heads of government agencies to discuss critical issues surrounding AGOA.

Okere champions a USAID’s Global Innovation Exchange program for Africa. The Global Innovation Exchange is a global online marketplace for innovations, funding, insights, resources, and conversations, allowing the world to better work together to address humanity’s greatest challenges; and a unique resource by Center for Development Innovation | U.S. Global Development Lab at the U.S. Agency for International Development. Sylvester Okere is very passionate about Social Re-Engineering of African youths and the restructuring of systems that impairs public (inclusive) prosperity and happiness. Okere works beyond party lines to serve all humanity regardless of their race, ethnicity, language or religion. Okere strongly believes that “Talent is universal but Opportunity is not.” Therefore, he is committed to being an instrument of blessing to God and man.

Sylvester Okere is a former Nigeria Immigration officer with 17 years of federal service. He lived a few years in Europe prior to migrating to the United States where he settled as a businessman, politician, and an activist. He is also a recipient of many national and continental awards; amongst two recent recognition: Prominent African Activist Award by NELAS UK, 2018 Presidential award of Nigerian-American Lawyers Association, The Outstanding Nigerian In Diaspora award 2017, Nollywood Who Is Who USA magazine African Community Leadership Award, and African Champion a community service award. Sylvester Okere is a member of the World Association of Detectives (WAD), Certified Fraud Examiners (CFE), National Council of Investigators & Security Services, Overseas Security Advisory Council (OSAC), American Security Foundation, American Society for Industrial Security (ASIS), Public Record Retriever Network (PRRN), Professional Investigators Alliance of Maryland, Maryland Investigators and Security Association, and other esteemed associations.

Okere proudly holds dual citizenship with the United States and the Federal Republic of Nigeria.

or email us at:

DISTRICT OF COLUMBIA OFFICE OF CONTRACTING AND PROCUREMENT

EMBASSY OF THE REPUBLIC OF MAURITIUS

US DEPARTMENT OF HOMELAND SECURITY

EMBASSY OF THE REPUBLIC OF MALAWI

FOUNDATION FOR LAW AND INTERNATIONAL AFFAIRS

EXPORT-IMPORT BANK OF THE UNITED STATES